The Bishop Velychkovsky Martyr’s Shrine is a ministry conducted by the Redemptorists of the Yorkton Province. It has been open since September 2002. Both staff and volunteers work at the Martyr’s Shrine offering pilgrimage tours throughout the museum and shrine, sharing the inspiring life story of Blessed Vasyl. We are supported by the generous donations of the pilgrims. 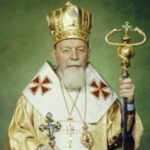 On July 20, 2014 before a crowd of 200,000 people during the All-Ukraine Pilgrimage to Zarvanytsia, Ukraine, Patriarch Sviatoslav solemnly proclaimed Blessed Vasyl as the Patron of Prison Ministry for the Ukrainian Greek Catholic Church. This proclamation was made at the Pontifical Divine Liturgy at this Marian Shrine during the “Little Entrance”. The Decree was read by Bishop Bohdan Dziurakh. Then Partiarch Sviatoslav majestically sang the “Exaltation”, blessed the huge crowd of faithful with the holy relics of Blessed Vasyl. See our photo gallery of this event.

Blessed Vasyl was chosen by the Synod of the UGCC as Patron of Prison Ministry because of the  example of ministry that he gave while he was imprisoned on death row and later in the labor camps in Vorkuta , the place of Russian coal mines above the Arctic Circle. 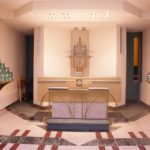 The Shrine Chapel contains the holy relics, a fully intact body, of Blessed Martyr Vasyl Velychkovsky. The chapel was constructed in 2002, designed by a local architect, Ben Wasylyshen. It is filled with symbolism and artwork which help the pilgrim enter into an atmosphere of prayer and into the presence of the holy.

To complete your pilgrimage tour of the Bishop Velychkovsky Martyr`s Shrine, a museum dedicated to his life and that of other Redemptorist martyrs.

One can become familiar with the life of this holy man through a presentation of a short video. Wall panels and display cases with artifacts complete the story of his life. Other walls in the museum depict the story of the exhumation and enshrinement of his Holy Relics.

A souvenir/gift shop completes this room. Books, holy cards, icons, candles and other items are available. 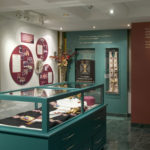 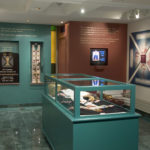 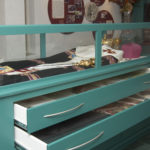 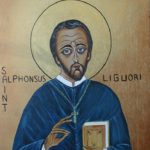